Utilities and Services in Firozabad 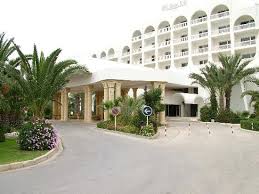 The city of Firozabad in Uttar Pradesh is an old one, but it offers locals and visiting tourists almost all modern facilities that can be imagined in the 21st century. Whether you are looking for ATMs, banks, police stations, railways stations, hospitals, restaurants or other services, Firozabad is not far behind other Indian cities.

The city has several places of interest to offer tourists and has a number of hotels to fit the budget of travelers of all segments. There are luxury hotels as well as budget accommodations and you can choose one according to your budget. Hotel Rajan and Hotel Monark are two of the most popular hotels in the city.

The city provides a most modern banking services to its locals and visiting tourists, domestic as well as foreign. Most of the major banks have their branches in the city, which include:


The list includes only a few banks and is by no means comprehensive.

The place also offers a number of petrol pumps. If you are a visiting tourist and going about the city on a rented car, these are some of the main petrol pumps where you can stop by for a quick refill:

As one of the main cities of U.P, Firozabad has a number of marriage bureaus to register marriages of residents and issue marriage certificates. These include:

The Dakshinanchal Vidyut Vitran Nigam Ltd. supplies power to 21 districts of Uttar Pradesh, including Firozabad. It is one of the best managed services in U.P. and provides everyone with access to electricity in the city.

Packers and Movers in Firozabad

There are many packers and movers services around the city to help residents shift from one area to the other. These include:

There are couriers around the city that provide you with quality service and let you send and receive parcels on time. These include: