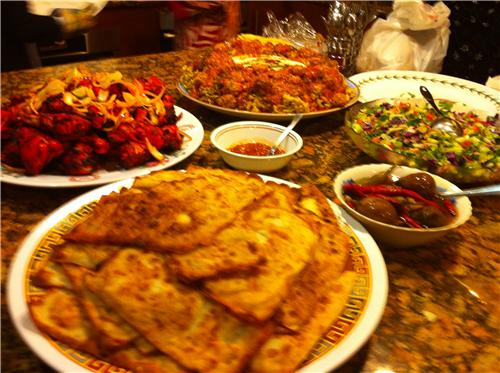 Firozabad is a world famous historical city situated in Uttar Pradesh, India. Previously this place used to be known as Chandwar Nagar. The city is renowned in the world for its glass works. The city became more famous during the reign of the great Mughal emperor, Akbar. The place is well-known for its small-scale industries, especially the bangle industries. The literacy rate in Firozabad is pretty poor but this can be considered as the foodies’ paradise. The types of delicious food dishes available here is unbelievable. The cooking style here represents the touch of Mughal style. The Veg and Non-Veg food dishes are absolutely irresistible.

As already discussed, apart from its specialties of bangles, Firozabad is also famous for its mouth-watering dishes. Since Firozabad has deep routed history of Mughal culture, the Mughal dishes are extremely famous here. Awadhi cuisines are the specialties of Firozabad. Non-vegetarian dishes like Zamin Doz Machli, Dum Biryani and different types of kebabs are the most famous delicacies of Firozabad. Kebab varieties include Gutwa kebabs, Tunde kebab, Kakori kebab, Shami Kebab, Patile-ki-kebab and Reshmi kebab. The Biryani of this region is also world famous. Another special food dish of this region is Halim. Shab Deg is another Awadhi food dish, a special preparation of Mutton which cannot be found anywhere else. Nihari is a special type of meat curry and during the Mughal rule it was one of the favorite dishes amongst the Nawabs. Non vegetarian Tandoori dishes will also deserve special mention here.

Street Side Food in Firozabad

People visiting Firozabad will get endless options of street side chaat corners in the adjoining areas. Apart from chaats, people will also be able to enjoy the taste of foods like Korma, Shemaiyyan, Halwa, Pakoras etc; these food dishes are available here in abundance in most of the streets of Firozabad. This place is world famous for its special type of cooking which is known as Dum style of cooking and from these street side food corners people will be able to enjoy these tasty dishes at affordable prices. Hence, there is no denying the point that Firozabad is foodies’ paradise.

In Firozabad the people can also enjoy their lives by visiting nearest restaurants of Firozabad. Some of them are: