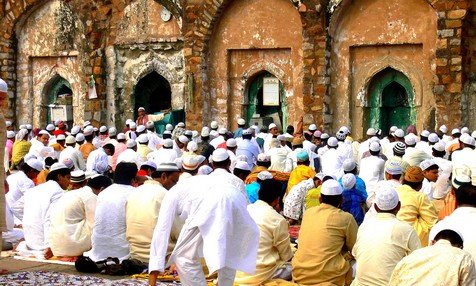 India is a multicultural country and Firozabad is not an exception. The city is home to people of all cultures, and Hindus, Muslims and even Christians cohabit in Firozabad. Over half the workforce in this city is engaged in the manufacturing industry. Jains also form the part of the society in Firozabad. There are Jain temples in the region which include Shri Shuparshnath Jain Temple in Gher Khokal, Chandprabhu Jain Tempel and Chadamilal Jain temple. Hinduism, Islam and Jainism are the primary religions practiced here. The costumes of Firozabad residents are usually reflective of their religion.

The rich culture of the city gets reflected in the handicrafts, glass items and artwork manufactured here. Many descendants of the original invaders of the city still live here and some of them are even engaged in the manufacturing sector. Naturally, the old traditions, designs and motifs of yore find reflection in the creations and rekindle memories of vintage glory for buyers. Since the Mughal period, Firozabad has been producing lamps, chandeliers, glassware and other items that are reminiscent of the grand Islamic designs of olden days.

The Mughal Empire saw a flowering of multiple styles of music, art, crafts and dance forms which survive to this day in Firozabad. The rich Urdu language and poetry are highly regarded in Delhi and the adjoining areas. Firozabad has a large Muslim population and Urdu poetry is much loved here.

Throughout India, married Indian women – especially Hindu women, wear colorful bangles during and even after wedding. The glass industry of Firozabad produces a large numbers of glass jewelries such as kangans, choodas and kadas. Since 1989, the manufacturers in this city began to use colors in their works which have made the items even more attractive. These bangles are in great demand among South Asian women, particularly those in India, Bangladesh and Pakistan. High quality glass material is used to create these jewelries, which make them last long.

The city has also taken part in the Indian struggle for Independence against the British. In the famous uprising of 1857, popularly known as “Sepoy Mutiny”, Firozabad actively participated in the fight against its British rulers. The Zamindar of Chandwar, the Chauhans of Mainpuri and the local Mallahs fought for freedom.

Munir Shikohabadi, renowned Urdu poet, was even exiled to the harsh prison in the Andaman and Nicobar Islands (Kala Pani) duriing freedom struggle. Even during Quit India Movement, Khilafat Movement and Dandi March, the city was active in the fight against its colonial rulers. Even to this day, plays are staged in this city during Independence Day and Republic Day to commemorate this participation of Firozabad in the Indian freedom struggle.